There’s no doubt that Eddie Munson Stranger Things is the star of the wildly successful Season 4. And the actor recently took the floor to explain how his new notoriety could help him. He thus revealed an unlikely anecdote that happened to him recently. 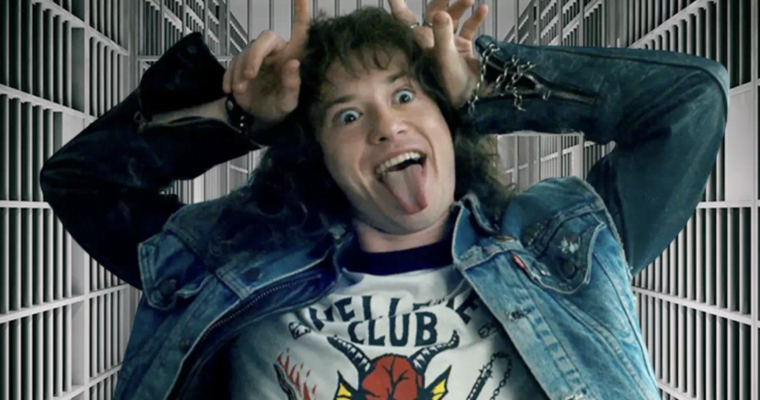 In an interview with Jimmy Fallon on The Tonight Show, Eddie Munson recounted in detail his run-in with US immigration at the airport on his way to Jimmy’s fallon show.

Eddie Munson explained that if it wasn’t for his character’s success in the series Stranger Things, he might still be at the airport:

I almost didn’t get out of it. I was taken to… I guess you could call it a dungeon instead. And I was asked to wait there for about 20 minutes, and then I was called to this office where someone said, ‘What are you doing in the United States, sir?’. replied, “Actually, I’m here to meet Jimmy Fallon for the ‘Tonight Show.'” And he didn’t believe me.

FANS THREATEN TO BOYCOT THE SEQUEL IF EDDIE DOESN’T RETURN

The character was quickly voted one of the show’s fan favorites, which is why some of the viewers are threatening to boycott the sequel if Eddie doesn’t somehow return.

A collective of fans has therefore launched a petition to ask the Duffer brothers to bring back the hero in season 5 of Stranger Things.

As of this writing, it has already been signed by more than 73,000 people. Once 75,000 signatures are reached, it will become one of the most supported on Change.org!

Remember that Eddie Munson is a British actor, and not American, as some people think. A complex situation, which was finally unblocked by the arrival of a second agent, a fan of the Stranger Things series. He immediately recognized the actor and said, “Leave Eddie alone! It’s Eddie Munson Stranger.”

And, to ensure the veracity of his remarks, then asked the actor: “Are you Eddie Munson?”. Afterwards, the police officer who is a fan of the Netflix series continued by asking, “Are you coming back next season?”, to which Joseph Quinn replied, “I don’t know”.

The policeman then concluded their exchange by declaring: “You have an interest”, and returned his passport to him, as revealed by our colleagues from Collider.

An unlikely anecdote, which is a good indicator of the crushing success of Joseph Quinn as Eddie Munson. And if you just want to know the ranking of the favorite characters of Eddie Munson Stranger Things fans, with more than 50,000 votes!