The fate of the head of the Hellfire Club Eddie Munson Stranger Things could have been even sadder below what the Duffer Brothers were thinking. 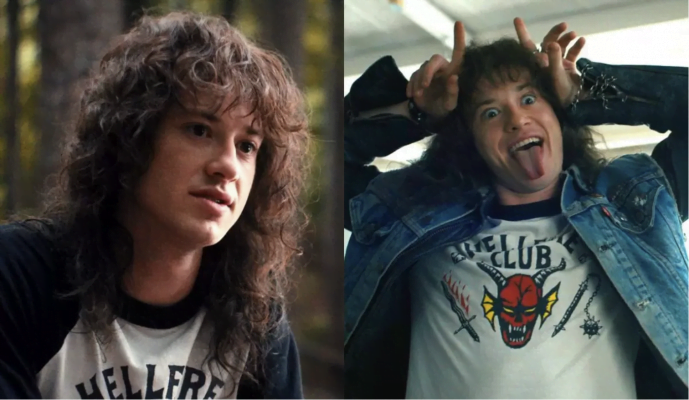 in the season finale has rocked the hearts of Stranger Things fans who can’t rest. Recently the Duffer Brothers were guests on the Happy Sad Confused podcast, where they delved deeper into the death of their beloved character.

“It was not an event designed for a shock factor.” The writers actually thought of Eddie Munson as a “doomed” character from the moment they created him. Speaking with host Josh Horowitz, the Duffers shared what would happen to Eddie Munson if he survived the Upside Down and the events of the Season 4 finale

There is no good life waiting for him. Eddie is back in the real world too, so he was really thought of as a doomed character from the start.

“Eddie rushed towards his fate throughout the season, episode after episode, until the final climax.” The Duffers added.

In our mind Eddie Munson

When we created Eddie Munson Stranger Things, he had to be a character with a tragic destiny. There has never been any other story arc for him. ” Ross Duffer continues: “In the end, people still draw devil horns on commemorative photos of him for his apparent disappearance. Nobody in Hawkins will accept some of the supernatural explanations for everything that has happened. ”

“Most likely Eddie Munson would have ended up in jail and his imaginative idea of ​​being able to graduate was never something realistic for Eddie Munson.”

Info about the season 4

In the spring of 1986, six months after the events at the Starcourt Mall, which brought death and destruction, Hopper is imprisoned in the prison camp in the snow-covered Kamchatka wilderness, surviving the explosion of the underground Soviet base of the mall.

Joyce, Will and Jonathan moved to California, bringing Eleven with them. The American army, however, wants to take possession of Eleven again, to use it for military purposes, in the face of a new supernatural war with the epicenter located in Hawkins. Murray, who in the meantime has discovered that Hopper is still alive, contacts Joyce to leave for Russia to go and rescue him.

Meanwhile at Hawkins Mike, Dustin, Lucas and Max continue their lives, facing the hardships of high school. With Eleven and Will missing, the group quarrels and separates for the first time. In this particularly vulnerable time, an old horror is beginning to resurface, a murder that took place more than 30 years earlier in an old house.

The killer, now locked up in a psychiatric hospital, claims that everything that happened was attributable to a “vengeful demon” who had killed his two children, named Vecna. Steve, Dustin, Lucas, Max, Nancy, Robin and Eddie, a metalhead president of the Hellfire Club, a group of Dungeons And Dragons players, will dig deep into this matter, which, if resolved, can finally put an end to the horrors of the Upside Down.