Is there still hope for Eddie Munson Stranger Things? There are some hidden clues in the series that show that we may not have missed it 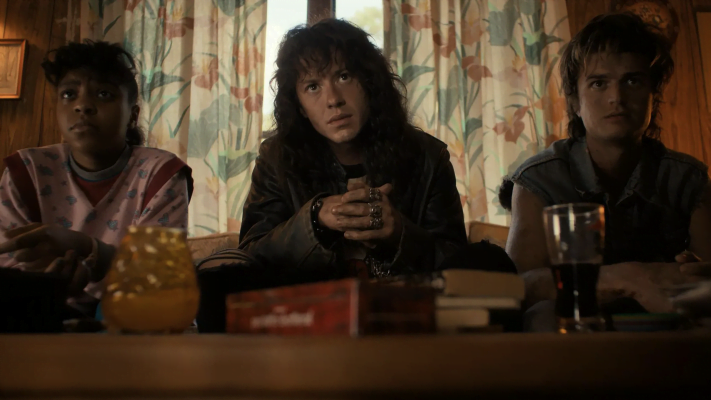 With just one episode, Eddie Munson (Joseph Quinn) won over Stranger Things fans and slowly became the darling of the season.

Eddie Munson is the school geek

Eddie Munson has long hair, has tattoos and loves playing Dungeons & Dragons with friends, and has no plans to fit in with the “All American” style of the school’s most popular kids. Not only that, Eddie Munson has a big heart and opens the doors of his group to anyone in need (that’s why and how he creates a bond with Chrissy before her death).

In the series, Eddie becomes the villain of the city after being accused of being a Satanist assassin, but he doesn’t let it destroy him, rather he uses Chrissy’s death as a motivation to give his all in the fight against the real threat, Vecna, and this leads him to sacrifice himself to prevent someone else from dying.

The last time we see Eddie Munson, he is playing Master of Puppets as a red lightning bolt surrounds him and a horde of winged monsters from the Upside Down pounces on him in a scene that looks like something out of a Dracula movie. The Demobats attack Eddie, make him fall to the ground and start biting him, and in that moment we lose the great hero of the season…. or maybe not?

According to fans, there are many clues and theories that prove the character may not be dead, or at least not quite, and that he will return in the final battle.

The Duffer brothers have said on several occasions that the series has many elements of Star Wars, and that it is a saga in which many deaths occur which turn out not to be what they seem. There is Han Solo, who is frozen in carbonite, but is not dead. Then there is Anakin Skywalker, who is left to die after the battle with Obi-Wan Kenobi, but later his master discovers that he is alive and has simply become something else.

What could Eddie Munson Stranger Things become? According to the Internet, the Duffers have revealed that vampires don’t kill, and that even in literature and legends they don’t kill, but that their bites turn victims into vampire-like creatures that need human blood to survive.

Star Wars: Episode VII , in this case, this could indicate that Eddie Munson Stranger Things will become something of a vampire, and there is a theory that even comes from Dungeons & Dragons, with a character called Kas the Bloodthirsty.

It is supposed to be a character who becomes a vampire in the game and who ends up defeating the villain Vecna. We know that Eleven is the key to stopping Henry / Vecna, but it’s possible that Eddie will become his man inside, someone who can walk freely in the Upside Down, looking for Vecna, and can give outsiders the information they need to win.

It should also be remembered that the series has false deaths, including Eleven, Hopper, and Dr. Brenner. All of these characters were given up for dead at some point, and what their false demises have in common is that we haven’t seen their lifeless bodies, which also happens with Eddie Munson.

We see him attacked from all sides, we hear him moan, but we don’t actually see him close his eyes and die, so this could be another red herring, to give him a much more interesting storyline next season.

Finally, the Hawkins population is still convinced that Eddie Munson Stranger Things is Chrissy’s killer, despite everything that’s going on, so it’s possible that Dustin and his friends have come up with a plan to prevent him from being arrested, at least until they can clear Eddie Munson and prove his innocence.