Announced the first artists who will take the stage of the 2022 edition MTV VMA, which will take place on August 28 in Newark, New Jersey 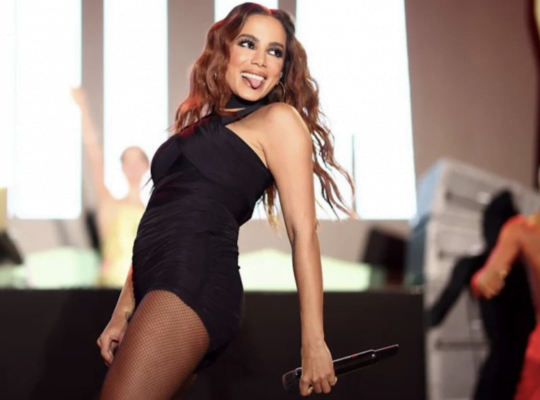 J Balvin and Ryan Castro, Marshmello x Khalid and the Panic! At The Disco are the first artists announced to take the stage at the 2022 MTV VMA Video Music Awards. The show will air live from the Prudential Center in Newark, New Jersey on Saturday August 28 at 8pm.

Anitta will debut at the MTV VMA for the first time with her single Envolver, which topped the Billboard Global Excl U.S. in April. The song, taken from her fifth album Versions of Me, peaked at # 3 on the Hot Latin Songs chart and # 70 on the Hot 100. The song’s video is nominated in the Best Latin category. In addition to being her first nomination, it is the first time that a Brazilian artist has been nominated for a VMA.

I Panic! At The Disco

They are back on the MTV VMA stage for the first time since 2018, when they participated with their High Hopes, and will bring their new single Middle of a Breakup. The piece is featured on their seventh album, Viva Las Vengeance, which is scheduled for release on August 19th. The title track video is named Best Alternative Video. It is their first nomination in this category: Panic! At The Disco won the Video of the Year category in 2006 with I Write Sins Not Tragedies, their first ever video.

Marshmello and Khalid will perform with their Numb, which climbed to the third position in the Hot Dance / Electronic Songs chart and to the 60th Hot 100. As for Anitta, also for Marshmello this will be the first performance at the VMAs. Khalid instead will return to the Video Music Awards stage for the first time since his 2017 debut with Logic and Alessia Cara for their song 1-800-273-8255 and bringing his Location and Young, Dumb & Broke during the pre-show. of that year, in which he won the Best New Artist award.

Colombian superstar J Balvin will return to the MTV VMA stage accompanied by Ryan Castro in Nivel de Perreo. It will be Balvin’s first performance at the VMAs since 2019, when she performed with Bad Bunny in Qué Pretendes. J Balvin, winner of five awards at the Video Music Awards, is nominated in the Best Latin category for In Da Ghetto with Skrillex. If he were to win, he would become the most awarded Latin artist in the history of the VMAs. At the moment he is on par with Ricky Martin.

Kendrick Lamar and Lil Nas X are currently leading the MTV VMA with seven awards each, closely followed by Doja Cat (nominated in the Year’s Top Female category) and Harry Styles, each of whom have racked up six awards. Billie Eilish, Drake, Dua Lipa, Ed Sheeran, Taylor Swift and The Weeknd each received five awards. BTS are the group with the most awards, four.

At this link you can find the complete list of nominations. Nominations for the Group of the Year and Song of the Summer categories – both dictated by online votes – will be announced shortly. In fact, fans will be able to cast their vote for their favorite categories among the 22 gender-neutral categories on the vote website until Friday 19 August. Voting for Best New Artist will be active during the show MTV VMA.