You might not pay $ 5,000 to see Springsteen or $ 40,000 to sit in the front row across from Adele, but the increase in numbers affects you too. What is happening? Do the artists have faults? 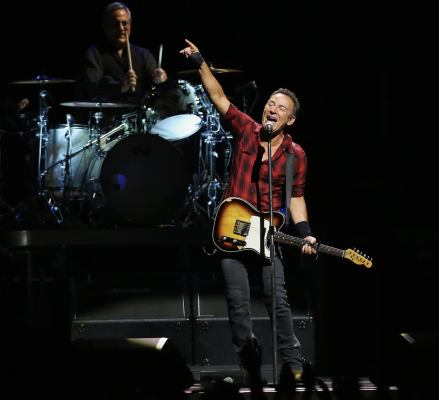 The Backstreets fanzine has been telling the world of Bruce Springsteen for forty years. Editor Christopher Phillips is a megafan and every album, archive release or concert is treated with devotion. Yet on July 24, a few days after the public sale of tickets for Springsteen’s highly anticipated tour with the E Street Band, with coupons up to $ 5,000, began, Phillips and his family had to criticize their hero.

Bruce Springsteen and the audiences

“In the past week too many Springsteen fans have been thrown into disarray and ignored in a way that is as inexplicable as it is avoidable,” they wrote. “The artist says he understands that his audience has a fundamental role. Why, then, have we found ourselves faced, in too many cases, with anomalous and unreal prices? ».

Springsteen fans are in good company. Around the same time, Adele fans looking for tickets to the Las Vegas shows stumbled upon StubHub for prices like $ 670 for the furthest seats and $ 40,000 for those in the front row. Going to the Ticketmaster website it turns out that the seats with “side view” for Lady Gaga at MetLife Stadium cost $ 445.80, those for the pit 923.40. Seeing the Mötley Crüe, Def Leppard and Poison show in the seats in front of Pittsburgh’s PNC Park can cost nearly $ 1000.

Prices of this kind give rise to fiery editorials and posts and lead one to think that the origin of all this is the greed of this or that star. Reality is more complicated. If prices are what they are it is due to a combination of factors ranging from Live Nation’s near monopoly on live music in the United States to artists‘ growing reliance on touring for their revenue, through to the technology it offers to scalpers. way of raising prices and the lack of public intervention to control the market.

One problem: the Live Nation monopoly

Frustrated by Ticketmaster’s markup on sold tickets, in 1995 Pearl Jam made an attempt to play only in venues that used other ticketing services. When they returned to gigs in 1998 they simply gave in to the evidence that touring on a large scale without Ticketmaster was basically impossible.

The situation has only gotten worse since then. Companies such as SeatGeek have entered into agreements with major venues such as the Barclays Center in Brooklyn, but Ticketmaster continues to control 80% and passes the American concert halls. “They are a monopoly,” said New York State Senator James Skoufis, “and therefore there is no market competition. They can impose prices without any consequence ».

The 2010 merger between Ticketmaster and Live Nation made the two giants even stronger. Live Nation sold over 13 million tickets in 2021, for gross revenues of over $ 1 billion. Its main competitor, AEG, sold three million tickets for $ 281 million. Plain and simple said: Live Nation would dominate the live events industry even without Ticketmaster. After the merger, however, the two companies became the main force in the music industry.

A force that has made it possible to impose service commissions that often cause the price to rise by up to 30% and events in which the secondary sale of tickets is the rule. Instead of finding innovative ways to get rid of the touts, Ticketmaster decided to get involved in their business and make it easier for them to work.

Among other things, Ticketmaster has begun to use dynamic pricing, a system that allows ticket prices to vary over time, even insanely at times, based on demand. In Springsteen recent case, $ 400 coupons went up to cost $ 5,000. “It is the promoters and artists’ representatives who set the strategy and parameters of ticket prices, including dynamic ones,” a spokesperson for Ticketmaster told Rolling Stone. “We have created analytical tools that use historical and real-time data to quantify supply and demand and consequently determine prices” same for new Lady Gaga role.