Kendrick Lamar just three months away from “Mr. Morale & The Big Steppers ”, the rapper is already working on a new recording project. A cryptic message posted as an Instagram story also contributes to the hype. 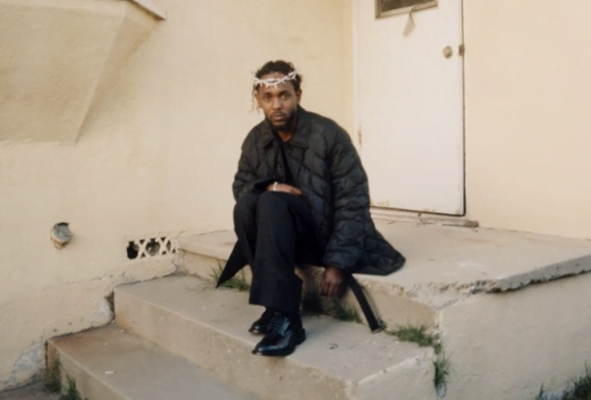 In the years since the release of DAMN., Kendrick Lamar’s 2017 album, a lot has happened around the world. There has been a pandemic and with it an increase in the social gap between poor and rich, the reflection on gender identity and the rights of the LGBTQ + community has deepened, the Black Lives Matter movement has seen an extraordinary global rise in fight against racism and the issue of mental health was – finally – gradually cleared through customs.

A lot of things, in fact, that Kendrick Lamar has elaborated, gutted and rhyme in his latest highly anticipated album, Mr. Morale & The Big Steppers, a monumental work released in May and destined to remain in the collective memory and in the history of rap.

The album saw the light after five years of gestation

A biblical time in the era of fast music, in which the predominant motto seems to be “produce, consume, repeat”. But then you know, true art takes time, and the Pulitzer Prize rapper has definitely earned the benefit of waiting.

Producer Sounwave: “We are already working on the next album”

Although engaged in his world tour – which started on June 23 from Milan – Lamar has not interrupted his creative flow of writing. In an interview recently released to Complex, Sounwave, one of Lamar’s closest and most historic collaborators (and producer of 13 of Mr. Morale & The Big Steppers’ 18 tracks), revealed that both are already working on the next one. recording project of the Compton rapper.

Once we finish an album

We immediately start thinking about the new one,” he said. “Now, for example, we are already working on the next one. […] One of the main reasons why I go on tour with Kendrick is just that: not to interrupt the creative flow. We can’t miss a moment, there are no breaks or holidays when you’re doing what you love. […] We are as enthusiastic and exalted as children in a candy store. As far as I’m concerned, once I’ve made a record like this, so experienced, so intense, I need to jump right into a new project ».

We know nothing about the project except that it will be released for pgLang, the new label founded by Kendrick Lamar and Dave Free in 2020, and no longer for Top Dawg Entertainment, the independent label founded in 2004 by Anthony Tiffith and currently chaired by Terrence. “Punch” Henderson Jr.

The latter, during an interview also given to Complex, had talked about the future of the label after the abandonment of Kendrick Lamar: “It was a natural path. We have achieved all the goals, as a label we have reached a level that no one has ever touched before. We won a Pulitzer, the first for contemporary music. We have reached an infinite audience, we have produced chart hits and underground classics. We did a really good job ».

The TDE will not be short of spearheads. Over the years, in fact, the label has launched the likes of Jay Rock, Ab-Soul, Schoolboy Q, Isaiah Rashad, SZA and SiR, just to name a few. Punch continued: “The new objectives of the TDE mainly concern the TV and film industry, because the artists are storytellers and it is interesting to take these stories to other sectors as well. I would very much like to do a series or a docufilm on TDE ».

Kendrick Lamar message on Instagram after deleting all posts

The idea that something was boiling in the pot had already arisen a few weeks ago from the clean slate that Kendrick Lamar had made on his Instagram profile, usually a prelude to an important announcement.

However, only in the past few hours has the rapper’s page repopulated with photos taken during the tour dates, accompanied by an introspective and cryptic message entrusted to an Instagram story: “Rap has really helped me to discover myself, going beyond the perception of who I thought I was. […] I will never forget the path I took to embrace imperfection. […] I will always be underground ”.

Everything is therefore still wrapped in an aura of mystery to which Kendrick Lamar has accustomed us, and even if we have to wait another five years for his next album, we are sure that the wait will be amply rewarded with another masterpiece.