In recent months, the life of Britney Spears has changed: after the birth of the #FreeBritney movement and all the media effect that led to the end of the 13-year conservatorship, and therefore the rediscovered decision-making freedom on her private and professional life, the princess of pop is enjoying carefree moments in the company of her new husband Sam Asghari. 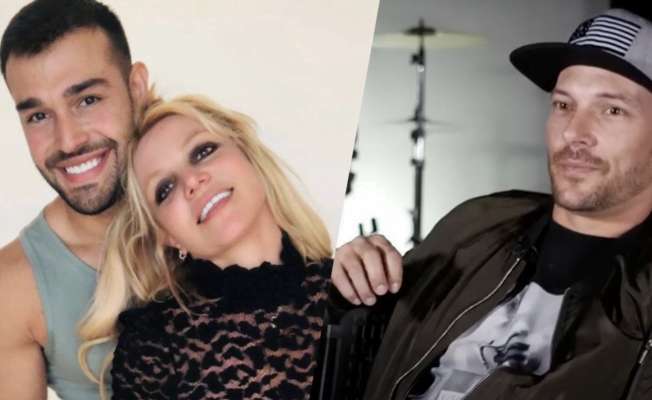 There are two big absentees in the continuous updates that Britney Spears gives to her followers on her Instagram: her two children Sean Preston and Jayden James, born from a previous marriage with ex-dancer Kevin Federline.

In recent days, Britney Spears ex-husband has returned to talk about the mother of her children, the legal protection and in general the life of his ex-wife.

If immediately after the end of the conservatorship, Kevin Federline had declared that he was happy for Britney Spears and that he had done well to get rid of legal protection if it had a detrimental effect on his life, now the former dancer would seem to have reversed, praising the operated by his former father-in-law Jamie Spears.

the conservatorship “would have saved Britney” and added that their children are ashamed of her mother for the nude photos she posts on social media. Here is what is stated, with the translation reported by the Biccy site.

“They haven’t seen their mother for several months and it’s their choice. The guys have decided not to see her right now. It’s been a few months since they last saw her. They made the decision not to go to her wedding. They were happy for her, but they preferred not to be there.

I believe her father’s conservatorship saved her. I saw this man who really cared, she really cared about her family and wanted everything to be okay. When Jamie took over, things settled down. He saved her life. I explained to my children that their mother was in great need of help and that everyone was protecting her.

For example, the photos of her that she wears without clothes

I had to apologize to my children for the consequences that certain shots could have in their lives. I try to explain to them: ‘Look, maybe that’s just another way she tries to express your mother’. But that doesn’t take away the fact that she continues to post those images. It’s hard. I can’t imagine what it feels like to be a teenager who has to go to high school after all this.

The impact of these things was public and it wasn’t easy. This whole thing was hard to watch, hard to live, hard even for my children. It was hard. It’s the hardest thing I’ve ever had to do in my life.
And I’m not talking about her for revenge, but to show an unknown side of this story. There was a way, in any way, to get Britney to open her eyes, I would, but I haven’t found it yet. If I had found him, I would be on the phone to tell him.

If in the last few years the relationships of Britney and her children have deteriorated? I have no desire to embarrass my ex-wife, but I was increasingly uncomfortable with the things my boys confided in me after they came home from Britney’s. But now I don’t want to go into details ”.

“To be clear, my wife has never posted a picture without clothes in which she showed everything. The pictures she posted show nothing more than what can be seen today in advertisements for a bubble bath or body lotion.

There is no validity regarding Kevin’s statements about the distances taken from the boys and it is irresponsible for her to make them publicly. The boys are very intelligent and will soon be 18 years old and will be able to make their decisions freely, perhaps understanding that the “difficult” part of their life is having a father who has never acted as a role model for all the last ones.

15 years. My wife will stop being Kevin’s goose that lays golden eggs soon, which probably explains the timing of her hurtful statements. I don’t know him personally and have nothing against him other than blaming my wife. His person was also revealed in approving the cruel guardianship that lasted 13 years and his loyalty to Jamie is an indication of his support for the guardianship.

Anyone who approves of this is in the wrong or receives some compensation from it in some way. I will not comment on this story anymore, except to say that I have a job ”.

The replica of Britney Spears and Sam Asghari

Kevin Federline’s statements did not leave Britney Spears and her husband Sam Asghari indifferent. The pop star said she was very sad about the way he talked about the relationship with his children publicly. Adding that raising teenagers is not easy for anyone and to worry her is the reason stated by Kevin, which is that everything is related to Instagram.

Britney says the problems with children started well before the nude photos. I gave everything I had to my two children. Just one word: painful ”.

Sam Asghari also intervened on the matter with a post on Instagram, not sparing himself towards Federline and accusing him of taking advantage of Britney’s wealth, who pays her ex-husband a check of 20 thousand dollars a month to raise their children