The Red Hot Chili Peppers have surprisingly announced a new album that will be released a few months after Unlimited Love. Pre-orders are underway! 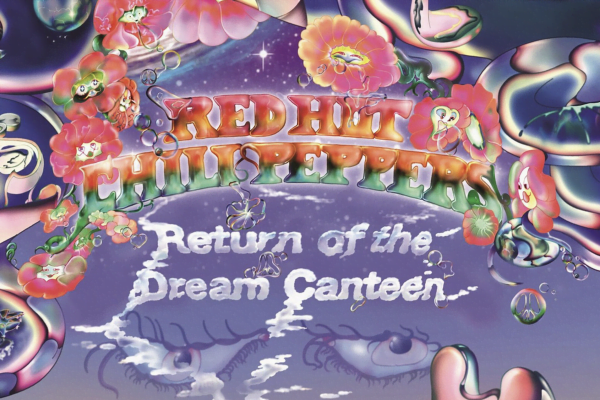 Surprise announcement regarding the RHCPeppers. A few months after the release of Unlimited Love, their twelfth album released on April 1st, the band led by Anthony Kiedis will release a second album in 2022.

The title of the new album is Return of the Dream Canteen which will be available starting next October 14th.

ANNOUNCEMENT THE NEW JOB OF THE RED HOT CHILI PEPPERS

The surprise announcement came during the first date of the band’s world stadium tour at Denver’s Empower Field.

And Return of the Dream Canteen, like Unlimited Love, was produced by Rick Rubin. Former producer of other records of the band such as Blood Sugar Sex Magik and with. Also remember that Unlimited Love was the first album made by Red Hot Chili Peppers after John Frusciante’s second return to the band, rejoined the group in 2019.

From Unlimited Love, the singles Black Summer, Poster Child, Not the One, Nerve Flip and These Are the Ways extracted. In Italy, the album took the number 2 position on the FIMI best-selling album chart. But reached first place in many countries around the world such as the United States, United Kingdom, Australia, France and Germany.

They went in search of ourselves as we always have. Just for the fun of it, we played and learned some old tunes.

In a short time, they started the process of building new songs. A beautiful chemistry that has kept us company hundreds of times during our journey.

Once they found that flow of sounds and visions, they kept working on it. This is what Red Hot Chili Peppers said.

With time turned into an elastic band, they had no reason to stop writing and rocking. It seemed like a dream to RHCPeppers.

When all and done, they love each other and the magic of music given to the Red Hot Chili Peppers more songs than we expected.

Well, they did it. 2 double albums released one after the other. Because the second is as significant as the first, or perhaps the other way around.

Return of the Dream Canteen is everything they are and what they have always dreamed of being. It’s full of stuff. Made with the blood of our hearts.

Tracklist rich and announced well in advance, not as Italian artists are doing more and more often. Who keep the utmost confidentiality until the last second. The RHCP do not need these little gimmicks and here are all the songs that will be part of the new album. Anticipated by the single Tippa Tongue out on August 19th

Return of the Dream Canteen will be available worldwide from October 14, but already today it is possible to pre-order the thirteenth album of the Red Hot Chili Peppers in many different editions. Also the merch is available to take from today!