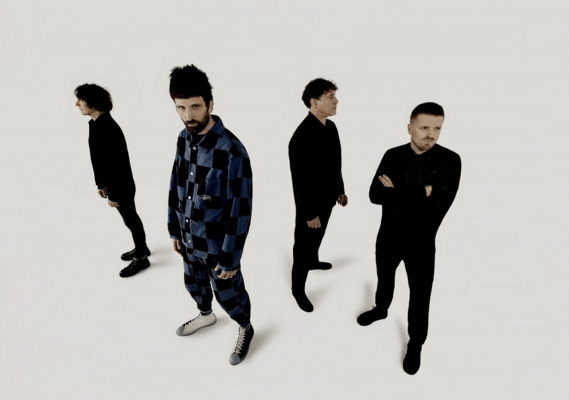 The new Kasabian album, entitled The Alchemist’s Euphoria, is available. The seventh album by the Leicester band comes five years after their previous release, For Crying Out Loud.

The Alchemist’s Euphoria is the first Kasabian album that sees Sergio Pizzorno as the only solo voice. After the farewell of former frontman Tom Meighan, who was fired in 2020 due to legal problems. The other change in the lineup concerns guitarist Tim Carter who joined the band after having worked on many Kasabian albums as a session player.

The album was recorded in Sergio Pizzorno’s studio, the Sergery, located in his home in Leicester. According to official statements, the singer-songwriter, guitarist and producer of Italian origins defined The Alchemist’s Euphoria “a cohesive work, With songs that must be together”, a character actor that differentiates him from previous albums.

Below, other statements by Pizzorno: It’s definitely a type of music that makes you feel like anything is possible. And it’s really exciting because, as always, this band can really go in any direction they can.

The Kasabian album was produced by Sergio Pizzorno and Fraser T. Smith and was preceded by three singles, Alygatyr, Scriptvre and Chemicals.

Kasabian will arrive in Italy on October 16 to perform at the Alcatraz in Milan for the promotion music.

Released 5 years after the last unreleased album. The Alchemist’s Euphoria is the newest album of the English group, for the occasion, it pushes its limits and its artistic ambition a little further.

The Alchemist’s Euphoria is an album with a modern and pop sound that reveals the new face of Kasabian. No lockdown songs, no lyrics on the band’s history but a storytelling that follows the journey of the alchemist figure.

As the title of the album suggests, which intrinsically celebrates the joy of creation, The Alchemist’s Euphoria exudes a strong creative energy.