Olivia Newton-John died on August 8, 2022. The “Grease” star Sandy was 73. Back in photos on his Hollywood career between total leather look and planetary hits. 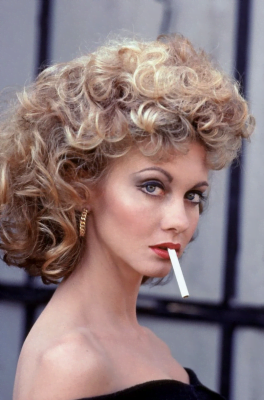 It is after more than thirty years to fight against several cancers of the breast that Olivia Newton-John left us, this Monday, August 8. The 73-year-old British-Australian actress and singer made her mark on the world of cinema and music, becoming an icon of 80s pop culture.

It was on the stage of the famous European music competition, Eurovision, that Olivia Newton-John made her real debut in the world of international music.

She represented England in 1974 and won fourth place behind the Netherlands, Italy and the Swedish kings of the 70s, ABBA. It is quite unhappy that Olivia Newton-John represented the British in this competition: the actress confessed, long after the tournament, that she did not like the choice of song.

Grease, who would have preferred to perform a ballad

Found herself singing “Long Live Love”, a hymn to the Salvation Army. And even though she won the Grammy Award for Country Song the same year for “Let Me Be There,” it’s four years after the actress achieved global acclaim.

“Grease” was a worldwide success upon its release in 1978. Carried by the phenomenon duo of John Travolta (Danny Zuko) and Olivia Newton-John (Sandy Olsson), the film seduced the generations that followed it, with its outfits that have become Halloween costumes for fans and its soundtrack that has become an 80s anthem.

Since then, launched on the world stage, Olivia Newton-John experienced, in 1981, the biggest solo musical success of her career. His single “Physical” was certified platinum and held the top spot on the Billboard Hot 100 chart for many weeks.

A few years after this success, Olivia Newton-John encountered the biggest obstacle she could have encountered in her life and career. After overcoming her breast cancer in 1992 with a mastectomy and breast reconstruction, the interpreter of Sandy Olsson in Grease was suffering again, with a recurrence in 2017. That year, Olivia Newton-John confided in her illness for the first time. “Every day is a blessing right now,” the actress told Australia’s 60 Minutes, adding that she refused to know how long she had left to live. “If you believe in numbers, you will make them come true. »

After this shock announcement, the Anglo-Australian star did not let herself be discouraged, and refused to worry her admirers: “I am fine and I enjoy every minute of my life. »

5 years later, the interpreter of “Hopelessly Devoted To You” left us, following this cancer. Many celebrities, including her faithful stage partner John Travolta, paid tribute to this actress and singer who marked more than one generation.