On April 9 two months after her union, Nicola Peltz returned to her idyllic marriage with Brooklyn Beckham, a grandiose wedding that cost around 3.5 million. 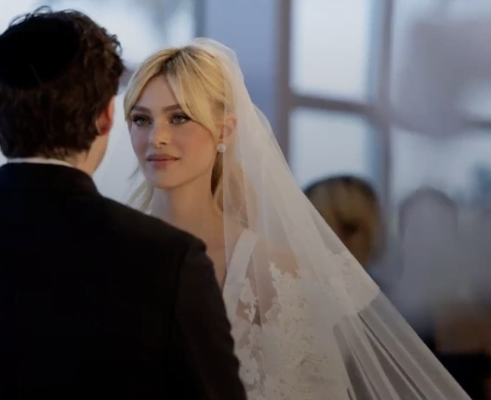 They said “yes” to each other at the bride’s family villa in Palm Beach, Florida. On the cover of the August magazine “Tatler”, the 27-year-old young woman confided in this magical day. If such an event can cause a lot of stress, Nicola Peltz knew how to keep calm because she was sure of her choice.

The question now is whether the couple will settle in London. “I would say no, but you never know,” she said. It’s just that I like knowing that I’m so close to my family. “Last month, Nicola Peltz unveiled her sublime wedding ring on her Instagram account. Shortly after, Brooklyn Beckham unveiled his brand new tattoo in tribute to his wife. David Beckham’s son has had a long symbolic text engraved on his arm, which is none other than his wedding vows.

In Superyacht without Nicola Peltz

94 meters long: a “gem” that costs more than one and a half million euros a week and which even has a cinema and spa on board.

David and his wife Victoria are enjoying the goldenest of summer holidays in the Mediterranean. The former Manchester player now sports manager and Posh Spice have just landed on the French Riviera, aboard a superyacht of dreams.

One detail after another they are showing it on social media, starting with a video of David Beckham just out of the water, in Positano, which made millions of fans go wild.

The superyacht, we said: a little gem worth 1.6 million rent per week. Her name is Madsummer and she is one of the most beautiful and spectacular offered by the YachtCharterFleet charter agency. 94 meters long and above all luxurious, with 10 suites for 12 guests (in addition to cabins for a crew of 28 people), of which the Beckhams occupy just over half as they left only with their three children – the nineteen year old Romeo, 10-year-old Harper, 17 Cruz and his girlfriend Tana Holding (only his eldest son Brooklyn Beckham is absent on vacation with his newlywed Nicola Peltz) – and a couple of friends.