Brooklyn Beckham never misses an opportunity to show off the new ring that sparkles next to the wedding band Nicola Peltz . 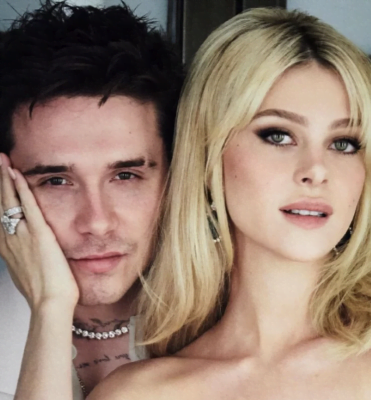 Brooklyn Beckham has nothing to envy to dad David

At least not in terms of taste for jewelry and the ability to put your hand in your wallet when it comes to buying a precious item for your beloved. If the former footballer gave his wife Victoria 15 rings in 22 years of marriage, Brooklyn Beckham, immediately after the fairytale wedding on April 9 in Palm Springs with his Nicola Peltz, gave her a jewel that did not go unnoticed . And the new lady Beckham never misses an opportunity to show it on social media.

Lots of selfies with left hand and ring finger in plain sight: these are the latest Instagram posts by Nicola Peltz Beckham. The goal is to show off the new ring given by her husband. The first opportunity to show it off was the Met Gala. And since then, Nicola Peltz has been showing the people of the web the huge stone that shines next to his wedding ring.

According to reports to Page Six Style by Jenny Luker, president of Platinum Guild International USA, it is «a very large oval-shaped diamond, between six and eight carats, with trapezoidal diamonds on the sides. All set on a shiny platinum band ». A precious one worth two million dollars.

A perfect ring to show off next to the precious wedding ring that the couple has chosen for the wedding. It is, in fact, a ring with emerald-cut diamonds which, according to experts, could be worth 50 thousand dollars.

After all, that Brooklyn Beckham spares no expense in terms of jewelry we had already understood when he asked for the hand of Nicola Peltz. For the marriage proposal, in fact, the eldest son of the Brooklyn Beckham gave his girlfriend a solitaire emerald cut worth almost 250 thousand dollars. Dizzying figures that shine on Nicola Peltz’s hand.