At least from a recording point of view, we had left Muse to Simulation Theory. And now they are out with Will Of The People. 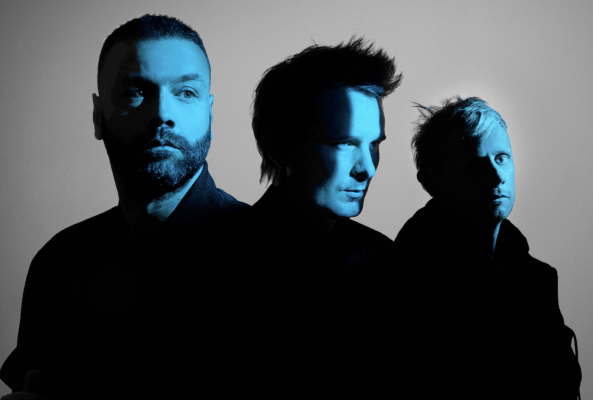 Perhaps one of the lowest points of the more than twenty-year career of the Devon group.

Will Of The People time

Rereading the statements at the time, there is something that immediately catches the eye. Bellamy and his associates had in fact admitted that they were much more optimistic than a few years earlier. When they had written and published the previous Drones.

Not that Drones was a masterpiece, but despite its already mammoth self-indulgence and self-referentiality, that record still retained a faint link with their past. At least as regards the general themes of the work.

One therefore thinks that the group’s creativity inevitably affected by the state of mind of its members (and this is quite obvious), but above all that the three able to bring out the best things when what surrounds them tends dangerously towards the abyss.

Will Of The People represents the clearest confirmation of the axiom just expressed. On the other hand, the good Bellamy had already put everything in black and white. The album influenced by the growing uncertainty and instability in the world. He declared. The pandemic, new wars in Europe, massive protests and riots, an attempted insurrection. Destabilization of Western democracy, growing authoritarianism. Fires and natural disasters and the destabilization of the global order have influenced Will Of The People.

It has been a period of concern and fear for all of us, as the Western empire and the natural world, which have rocked us for so long, are truly under threat.

This album is a personal journey through those fears and preparation for what comes next . Goodbye optimism and an excellent record on the way, then?

Let’s start with the much waved political turnaround that has been talked about for a long time since the exit of Compliance. In reality, the themes dealt with by Bellamy are indeed closely linked to the terrible historical moment we are living in. But they certainly do not draw a breaking line with the songwriting of the past.

Muses have always liked to talk about certain topics, dystopian societies and worlds indebted to Orwellian nightmares, with a few splashes of Roger Waters here and there.

The difference, if anything, is that perhaps never as today those nightmares no longer appear to us as simple proclamations from bored artists or alarmisms from the end of the world, but real threats.

However, it must said that, today as in the past. Only part of the lyrics centered on the perception of the group’s world, eliminating the doubts (or hopes) of really finding the socio-political concept of Muse in our hands.

Probably the problem with Will Of The People

With a title and statements like that. Wouldn’t it have made more sense to pull out a little more courage and completely indulge in something more defined? Because, honestly, the feeling is that the band was afraid to go all the way on the path traced. That political one, consequently transforming the statements of the last few weeks into a simple promotion.

Canonical and even a little smart. Yes, because this is exactly what pisses me off about the operation. And leaves me with that feeling of disappointment for something that could have been and that. Instead, thrown a bit in the dark.

Bitterness that increases in proportion to the quality of many of the pieces. Tastes are tastes, there is no question, but it was really too long that Muse did not come up with songs of this type. Capable of giving a damn even to the average taste of their fans today. And now with album out also the new merch arrived.

Yet, just as with the lyrics, at the same time one perceives the fear of daring, the fear of not being liked by so many people anymore.

In short, to slowly lose the status of megastar achieved by at least five years. Hence perhaps the need to intersperse the most relevant songs with ballads that are so beautiful.

But also tremendously self-derived. Also because, when you reach certain levels, you can perhaps afford a couple of tracks on the disc. Like Kill Or Be Killed, the ones that old fans able to say “ah it’s still them”, but woe to go further.

The penalty is to go back to being really influential, without playing with Coldplay or U2 anymore to whoever has it bigger.