Hailey Bieber has legally obtained permission to name her skincare line Rhode, which was recently sold in the United States only. 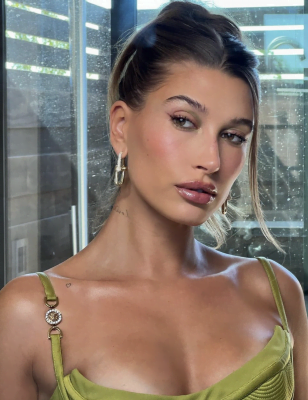 In June this year, a New York-based clothing company, also named Rhode, filed a trademark lawsuit against the model for using the same name in its new skincare line.

A judge rejected this request and ruled in favor Hailey Bieber! The complaint followed trademark filing by Hailey Bieber. The supermodel entrepreneur used her middle name, Rhode, to name the business.

The clothing company, founded by Purna Khatau and Phoebe Vickers in 2014, argued that Hailey Bieber’s brand name infringed on its trademark.

Media outlet The Blast reports that Hailey Bieber disputed that complaint, saying that, with one being a clothing line and the other a skincare line, their businesses were separate enough to eliminate any confusion among the public.

The clothing brand’s request for a preliminary injunction as well as a request to block the airing of the model’s The Making of Bieber documentary.

The 20-minute video detailing how she launched the brand over several years is now available on YouTube.

The founders of clothing brand Rhode posted a statement on Instagram shortly after filing the complaint last June.

“We didn’t want to do this lawsuit, but we had to in order to protect our business,” they wrote. Hailey could choose any brand for her skincare line.

We only have the brand name “RHODE”, which we built. That’s why we didn’t sell her our brand when Hailey Bieber asked us four years ago, and why we’re now asking her to rebrand her skincare line.

Her use of our brand harms our business, our employees, our customers and our partners,” the fashion line’s Instagram account read. What will think Justin Bieber.