Rihanna Super Bowl With a post on Instagram, the superstar confirmed his presence at the 2023 show. Rihanna will officially be one of the headliners of the upcoming Super Bowl Halftime Show. 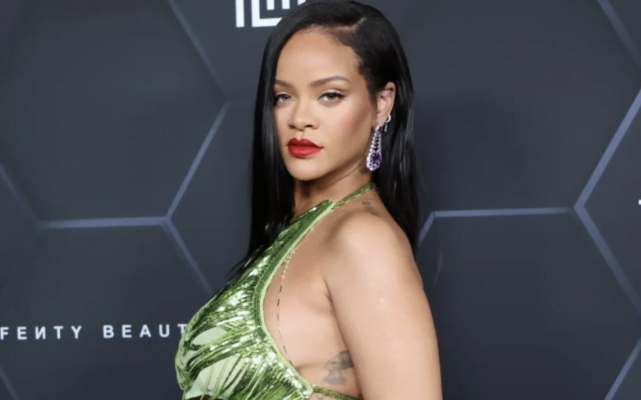 After rumors circulated yesterday morning about his participation in the show, the superstar confirmed all the hypotheses. Rihanna has in fact posted a photo on Instagram in which she is holding an NFL signed football. Shortly after her post, the National Football League picked up the news by retweeting a tweet from the Roc Nation, which had shared the same photo as RiRi. “Let’s GO”, reads the label’s tweet.

So, will take place on February 12, 2023 at State Farm Stadium in Glandale, Arizona. The Halftime Show will produced by DPS together with Roc Nation. The executive producer and director will be Jesse Collins and Hamish Hamilton respectively.

“Rihanna is a generational talent, a woman with humble roots who has exceeded all expectations every time,” said Jay-Z, founder of Roc Nation. «A woman born on a small island in Barbados and who has become one of the most important artists of all time. She is a self-made artist “.

“We are thrilled to have Rihanna on stage at the upcoming Apple Music Super Bowl Halftime Show,” added NFL head of music Seth Dudowsky. “Rihanna is one of those artists who only happens once a generation. We look forward to working with her, Roc Nation and Apple Music to give fans another memorable Halftime Show. ” Recently, Apple Music was chosen as the show’s official sponsor after Pepsi.

“Rihanna is an incredible artist and is the favorite of millions of Apple Music and youtube users around the world,” said Oliver Schusser, VP of Apple Music. “We are very happy to partner with Rihanna, the Roc Nation and the NFL to bring fans a historic show. You couldn’t have been a better artist to inaugurate the partnership between Apple Music and the Super Bowl ».

“Rihanna is undoubtedly a global icon,” Dudowsky told Billboard. “For years we have dreamed of being able to work with her. Timing and availability are very important factors, but thanks to the work done with Roc Nation we were able to find the perfect key to make this dream come true ».

The 2022 edition of the Super Bowl Halftime Show was a real rap masterclass. In fact, Dr. Dre, Eminem, Snoop Dogg, Mary J. Blige and Kendrick Lamar stepped onto the stage of the SoFi Stadium in Los Angeles. Over the past few years, the likes of The Weeknd, Lady Gaga and Beyoncé have performed.