Many of Issey Miyake contributions to the fashion world are so iconic that they have become synonymous with the designer himself. 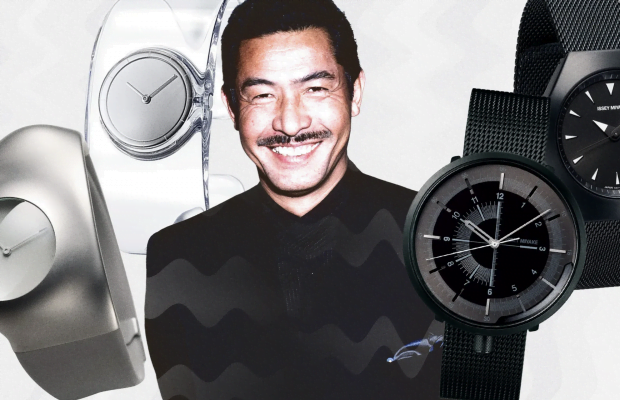 On the day his studio announced Issey Miyake death

Some newspapers headlined: “The designer who created Steve Jobs’s turtleneck.” An increasingly large slice of menswear fans when they hear Miyake’s name do not immediately think of pleated trousers, jackets and shirts. A potentially little considered, but equally fascinating, aspect of the designer’s legacy is, in fact, represented by his considerable creative commitment in the watch industry. It’s not just that the timepieces he worked on are original, fun, groundbreaking and futuristic. All Issey Miyake hallmarks – because looking at them well helps him understand what he cared about and made him so interesting as a designer.

In 2001, Miyake partnered with Seiko

To bring their watch ideas to life. However, it was not a simple collaboration. On the contrary, over the next two decades, the Miyake Design Studio brought together several people with an innovation mindset to work together on a catalog of extraordinarily unique and tasteful watch models.

The word “fashion” was once considered inappropriate in the watch industry. Although the situation quickly evolved, many design houses were seen as producing low-cost quartz watches, on which they then affixed their logo and raised the price. Miyake proudly wore the mantle of a ‘fashion watch’ manufacturer and made pieces that clearly prioritized design over everything else.

This is evident in watches like the Hu, made in collaboration with industrial designer Ross Lovegrove. The piece looks like a strange and prodigious drop of liquid crystallized on the wrist.

According to the Miyake Design Studio

The O, which refers to the pronunciation of the French word for water (eau), was inspired by the “shape of water”. Seen in profile, the watch resembles a huge raindrop. Nature has been a constant source of inspiration for Issey Miyake watches: the Roku, with its angular shape, mimicked the shape of a honeycomb.

These timepieces prove that, despite popular opinion, a splash of fashion can be more than a refreshing solution. Although more traditional watchmakers often refer to nature as a source of inspiration, they never manage to create models of this caliber.

Issey Miyake collaboration with Seiko followed a number of principles.

It must have a new and fresh design. This is a guideline that is found throughout Miyake’s work. He was a passionate experimenter. So much so that he patented the heat pleating process used to create extremely structured. Fashion garments, like his famous “Flying Saucer” suits.

Issey Miyake real goal was, however, to blend fantasy with wearability. Constantly taking into consideration people and how they would live while wearing his clothes. The Hu watch aims to achieve the same goal: “In many ways, it is a fusion of Issey’s incredible works. Constant innovative tension, respect for materials and almost spiritual serenity in the way her clothes relate to each other. with the human form, ”said industrial designer Lovegrove.

The watch was born

From Miyake’s belief that this type of accessory is «a prosthetic extension of our body». This is precisely Miyake’s goal: to create models that may seem strange at first and then, over time, turn out to be much more wearable and on a human scale.

The fact that Miyake collaborated with Seiko to make these watches is also no small feat. As designer Samuel Ross recently said to my colleague Sam Hine: “Plissé is a symbol of equality”. The collaboration with Seiko has made it possible to achieve the same level of accessibility. Watches signed by Miyake have sold for less than $ 1,000, and many of them have approached the threshold of $ 500.

To respect another of his rules for this project: «It must be produced in Japan». Throughout her career, Issey Miyake has worked to advance Japanese fashion. He was one of the first Japanese designers to show in Paris, tracing a path that others. Like Rei Kawakubo and Yohji Yamamoto have followed. He made a similar effort with his watches as he did, throwing high design on Seiko models. Already beloved for producing relatively affordable, yet high-quality pieces.

In recent years, the menswear world has begun to take on an even stronger shade of Issey Miyake. Celebrities such as Steven Yeun are moving towards pleated suits to wear on the runway. And Homme Plissé sales are soaring, doubling every season on the MatchesFashion website. We hope that the designer’s work can continue to invade our wardrobe and conquer our wrists too.