Noted Spiritual Artist Ananta Govinda Releases Mirror of Desire Album AUG 28, Accompanying Book out in OCT 30,
San Francisco, California – Noted San Francisco and Marin County-based spiritual musician Ananta Govinda is releasing his fourth album Mirror of Desire via all platforms tomorrow August 28, 2020. The album is part of a multimedia juggernaut that will see an accompanying book, set for release on Amazon in October 30, and an immersive show in a 360-degree projection dome, where he is forging new creative styles for combining music and visual storytelling into a groundbreaking presentation (once live events return).

Responding to the current times led to his new project, an epic album and fantasy novel, Mirror of Desire. “I truly believe that rediscovering our common heritage will help us overcome the tendency to divide and see each other on opposite sides.” Ananta has put that into the allegorical storyline of the Mirror of Desire trilogy, where White and Black wizards are competing for access to the mysterious land of the Pyramid, accessed through the Gates of Time. Ananta adds, “I wanted to show that those two colors are the range of the spectrum and they could not exist without each other.”
The opening track and also the theme for this conceptual album “Mirror of Desire” is about facing your own personal reflection and deepening the understanding of the inner workings of your personality. It’s about having the courage to face and accept with love and gratitude the better version of yourself. The track starts with harmonized Sanskrit chants by Ananta Govinda and ambient guitar textures by Alex Liapin (Sir Paul McCartney, DDT, Aquarium) and then leads into an epic production, featuring Will Calhoun (of Living Color) on drums and percussion, Scott Page (Pink Floyd, Supertramp, Toto) on sax, and others. This track is a creative collaboration with noted producer Sylvia Massy (Tool, Johnny Cash, Prince, Red Hot Chili Peppers) and Ananta Govinda. The track was mastered by Nicolas Essig (Coldplay, Madonna, Sir Paul McCartney, Daft Punk) at the East-West Studios, Los Angeles.
The next track describes the workings of the “Self-Writing Book,” a magical device that knows past, present, and future and enables the written word into reality by playing back the mystical slates. In the story of the Mirror of Desire, one must pass the test of detachment in the chamber of the Book and not adjust your destiny line, letting karma do its work. Featuring reggae hitmakers Indubious, adding the ragga style chants, and Will Calhoun on drums and percussion, it was recorded and mixed by Sylvia Massy who also contributed with arrangements on this track, calling it her favorite from the album. The track was mastered by Nicolas Essig.
The third track, “Golden Goddess” is about the Divine Feminine energy, embodied in the personality of Goddess Radharani, who is an eternal counterpart of Lord Krishna. This track is a thoughtful request to the Queen of Vrindavan to be seen and protected, just as we see the workings of the Goddess in our daily lives. In the world of overpowering masculine energy, this is a needed call to the Divine Mother for nourishment and protection. It features many world music stars, such as Will Calhoun on drums and percussion, Alan Tower on the hung, and John Wubbenhurst on bansuri flute. Jared May (Tina Malia, Simrit) is really present and glues the track well together with the 5 string bass arrangements. This track was mixed in Sweden, at the legendary Grammofonstudion by Thomas Juth (A-ha, Elton John, Cat Stevens) and mastered by Nicolas Essig.
Next up is “Mazes of the Mind” about the quest of conquering illusions of one’s imagination and finding a balanced perception of reality. Finding his identity in the present will help the pilgrim to overcome distractions of the Mind and stay on the path to the Mirror of Desire. This track is a collaboration with Grammy Winner Lili Haydn, who shared her talent on violin and vocals. Ronnie Ray played the flute and did Tibetan style throat singing, helping create stacks of harmonies based on the theory of natural harmonics. Ananta Govinda played guitar – the track started with that first guitar chord, being trapped into a delay with a repetitive pattern. This track was mixed by Thomas Juth and mastered by Nicolas Essig.

The album shifts into an Indian ambient vibe in its second half with “Into the Timelessness” a musical journey of a pilgrim who passes through the Gates of Time and steps into a new reality, not affected by Time. This track features the current generation Indian Classical star, Ayaan Ali Khan on sarod, and starts with opera singer Paulette Penzvalto invoking us on the journey by pronouncing “Vikredi”, which in the language of the BluArth means “The Word”, as to enter into the Gate you need the power of The Word to stop the Mills of Time. Sound pitch fork activation was performed by Alan Tower, with the specially adjusted tuning based on the theory of harmonic frequencies. The score for the strings was written by Grammy Winner Nahuel Bronzini (Fantastic Negrito), and recorded by Ananta and Nahuel at the Airship Laboratories in Berkley. This track is currently being mixed for a sound healing experience in a 360 surround sound format (Atmos). The overall track was recorded by Sylvia Massy at Studio Divine, in Ashland, Oregon, who also helped with arrangements. It was mixed by Grammy-nominated Ben Leinbach (Jai Uttal) and mastered by Nicolas Essig.
“River of Time” is a collaboration with Pierre Edel, the Voice of France, and the Voice of Russia (both 2014), who added lots of vocal texture and improvisation to the song. Alex Liapin, the legendary Russian rocker, who lives in California and collaborated with Ananta on previous projects, helped create multilayered guitar textures. The track shines even more with the presence of Scott Page who added another voice with his saxophone, almost singing in response to the jazzy vocals of Ananta Govinda. This song is about the mystical River of Time, that divides the worlds and brings the current of time. Likened to the material atoms, these fractals of time shape the reality to the eye of the observer, but often fill it with illusory meanings.
The penultimate track “Room of Darshan” is a short ambient track with no drums or percussion, that blends textured guitars by Alex Liapin, ethereal saxophone by Scott Page and the performance of a string orchestra arranged and recording by Grammy Winner Nahuel Bronzini. The track concludes with the chant by Ananta Govinda, leading us right into the concluding track. The track was recorded by Sylvia Massy, mixed by Ben Leinbach, and mastered by Nicolas Essig. The word Darshan in Sanskrit means ‘being able to see truly, through the inner eye of wisdom’, at also means to be seen from above.
Mirror of Desire closes with the “Mantra of ParaDesha,” an epic version of the Hare Krishna Mahamantra, performed by Ananta Govinda in a 3-part epic musical journey. This is another take on the well-know 16 syllable chant made popular on the West by Allen Ginsberg, George Harrison, and Swami Bhaktivedanta. The introductory chant is performed by Indian Classical singer Gopal Krishna Balaram and is an invocation from Bhagavata Purana, explaining the power of pronouncing the Holy Name. The song features Will Calhoun on drums and percussion, Scott Page on ethereal saxophone, and string arrangements, and recording by Nahuel Bronzini. It was mixed by Ben Leinbach, and mastered by Nicolas Essig. 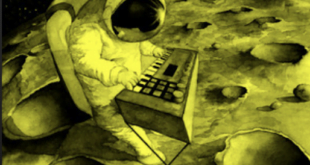 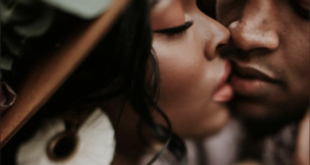 From the Artist Nzuri Listen to this Fantastic Spotify Song Crush 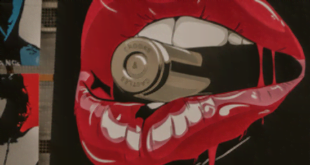 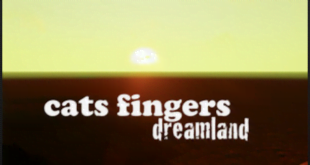